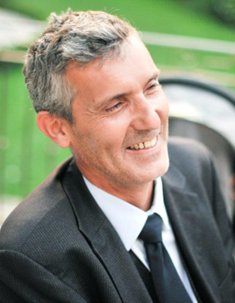 Nicolas Naudin began his career as a Research & Development engineer. From 1999 to 2004, he was Attaché in charge of economic affairs at the Embassy of France to the United States, based in Washington DC. Nicolas Naudin joined AIRBUS Group (then EADS) in 2004 as Vice-President Corporate Strategy & Planning, and from 2004 to 2018 held Executive positions focusing on AIRBUS Group’s operational Strategy and Corporate Secretary (Governance & Sustainability) matters. Nicolas Naudin has been member of the Board of Directors of EADS-ATR and EADS SOCATA, he is non-executive Director of biotech startups, and serves on the Board of the French-American Foundation France.

Nicolas Naudin holds a PhD in Physics from the Ecole Nationale Supérieure de l’Aéronautique et de l’Espace, a MSc in industrial economics from University Paris XIII, with Executive Education in management and finance at INSEAD and Harvard Business School. Nicolas Naudin was elected at the Paris Commercial Court in October 2019, after serving at Nanterre commercial Court. Nicolas Naudin speaks English and French.